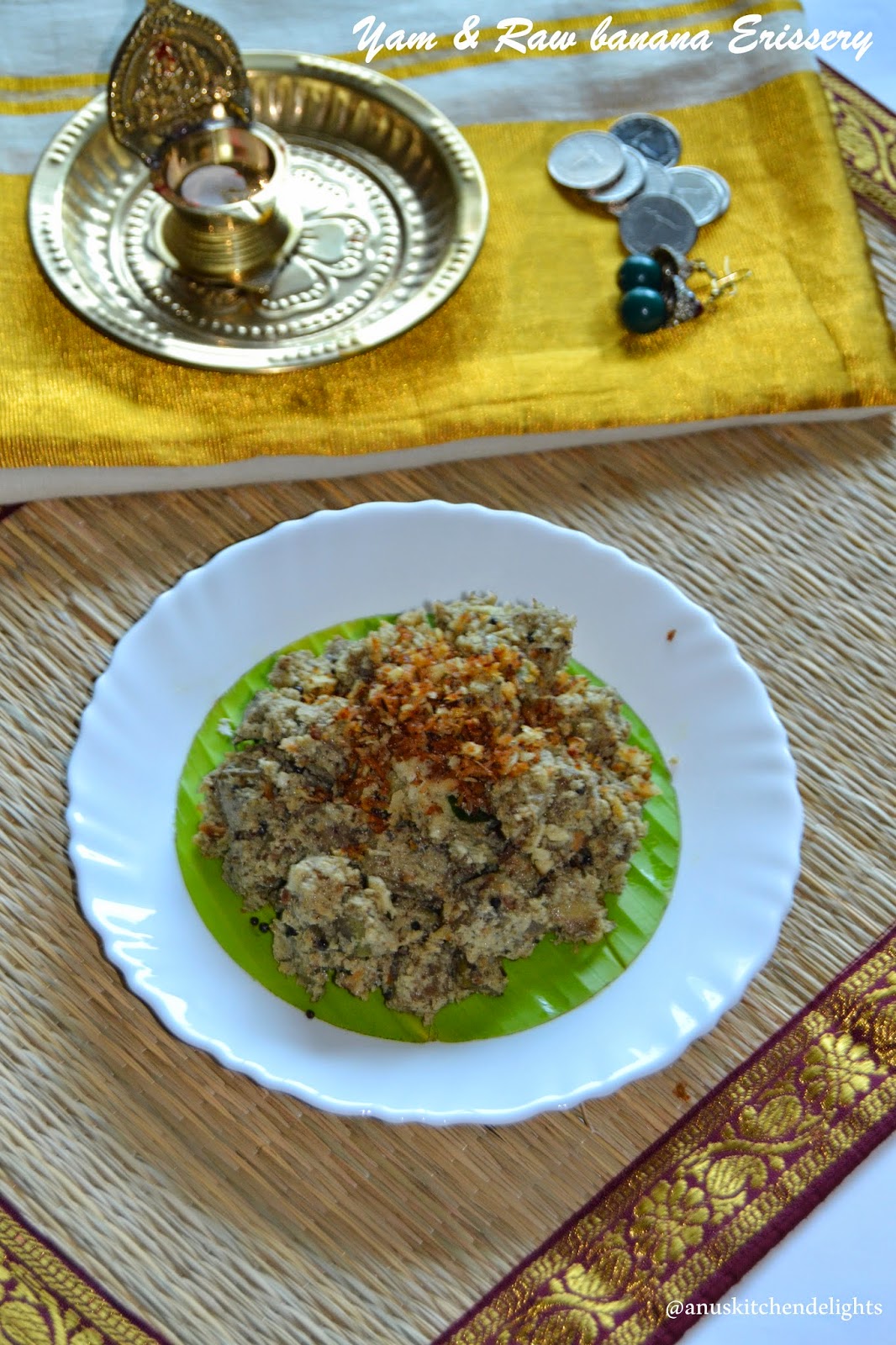 Erissery is yet another traditional recipe prepared during onam and vishu and forms part of wedding sadhya vattam also. It is prepared in different ways in different district's of  Kerala. This is the way which my mom used to prepare.  It is my hub's favorite and so he asks to prepare during special occasions. My little one is not found of traditional recipes expect her love for sambar. 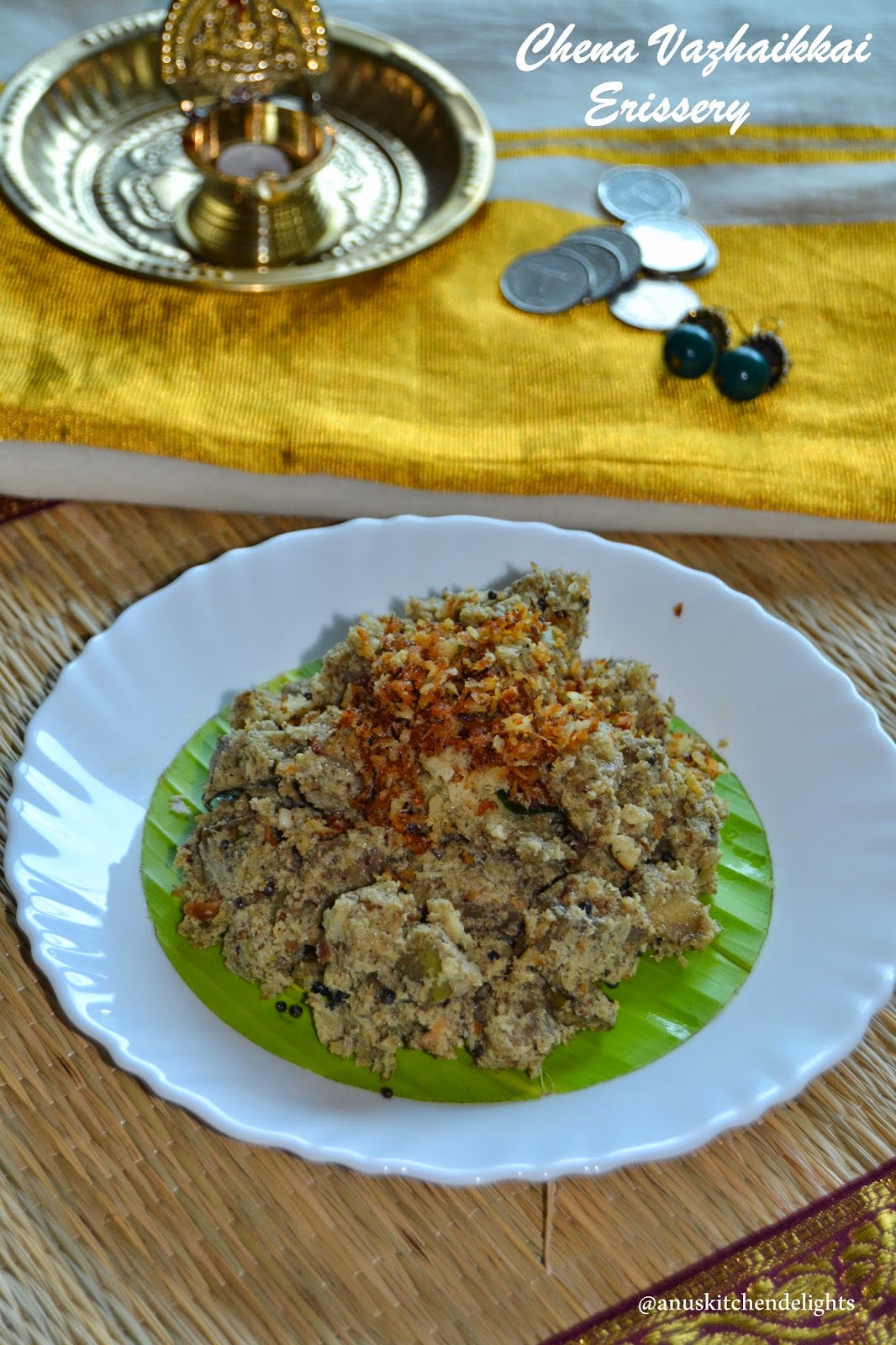 Yam and raw banana erissery is quite popular in our home compared to other erissery.  Vishu is the season for a lot of vegetables where vellary (Curry Cucumber) and jackfruit (Chakka)  are most common, and so most of the recipes during vishu are made with vellary and jack fruit. Usually they prepare chakka erissery, chakka payasam , chakka aviyal etc.,. The taste of erissery is enhanced when it is seasoned/ tempered with roasted coconut in ghee or coconut oil. 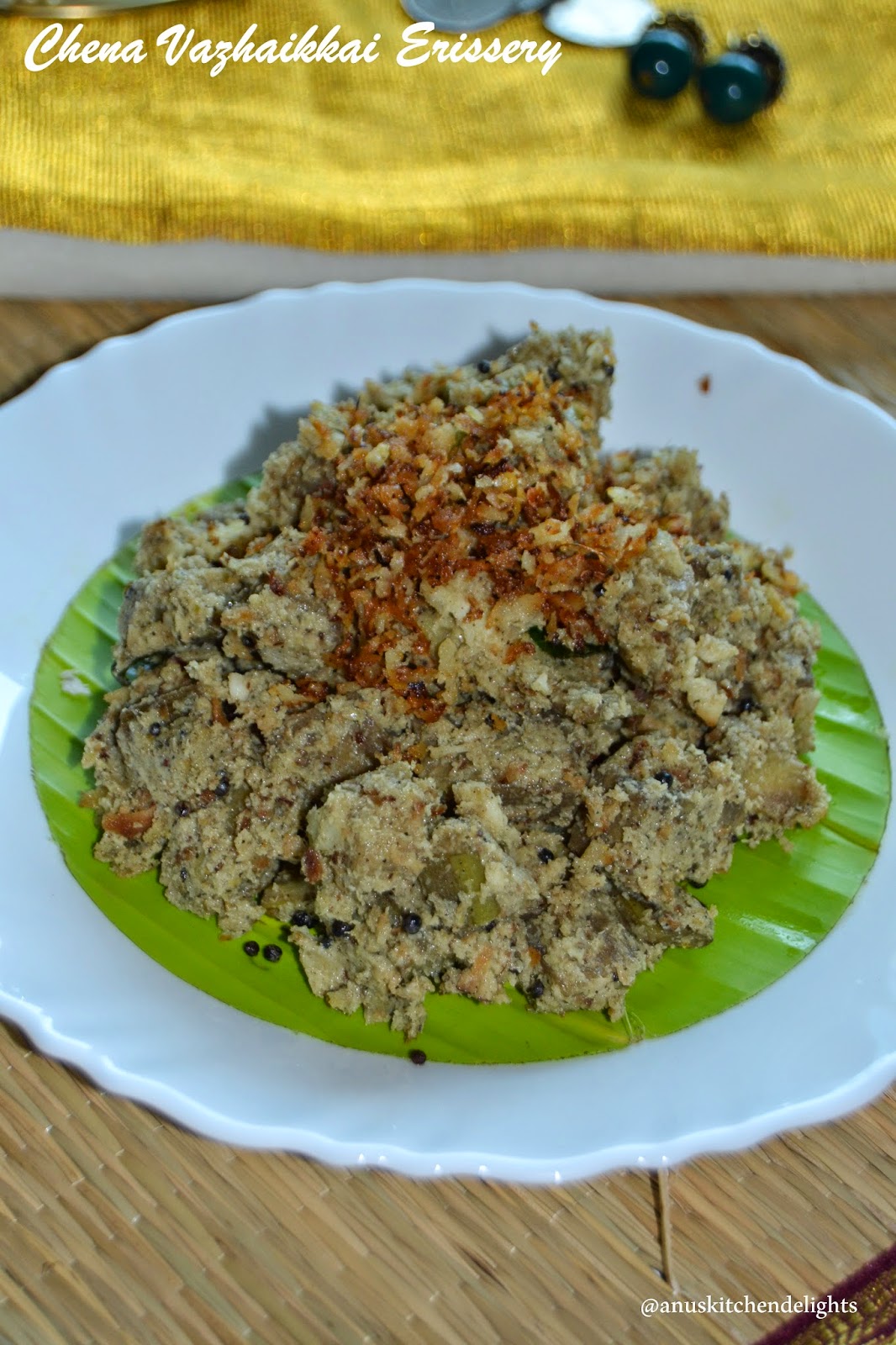 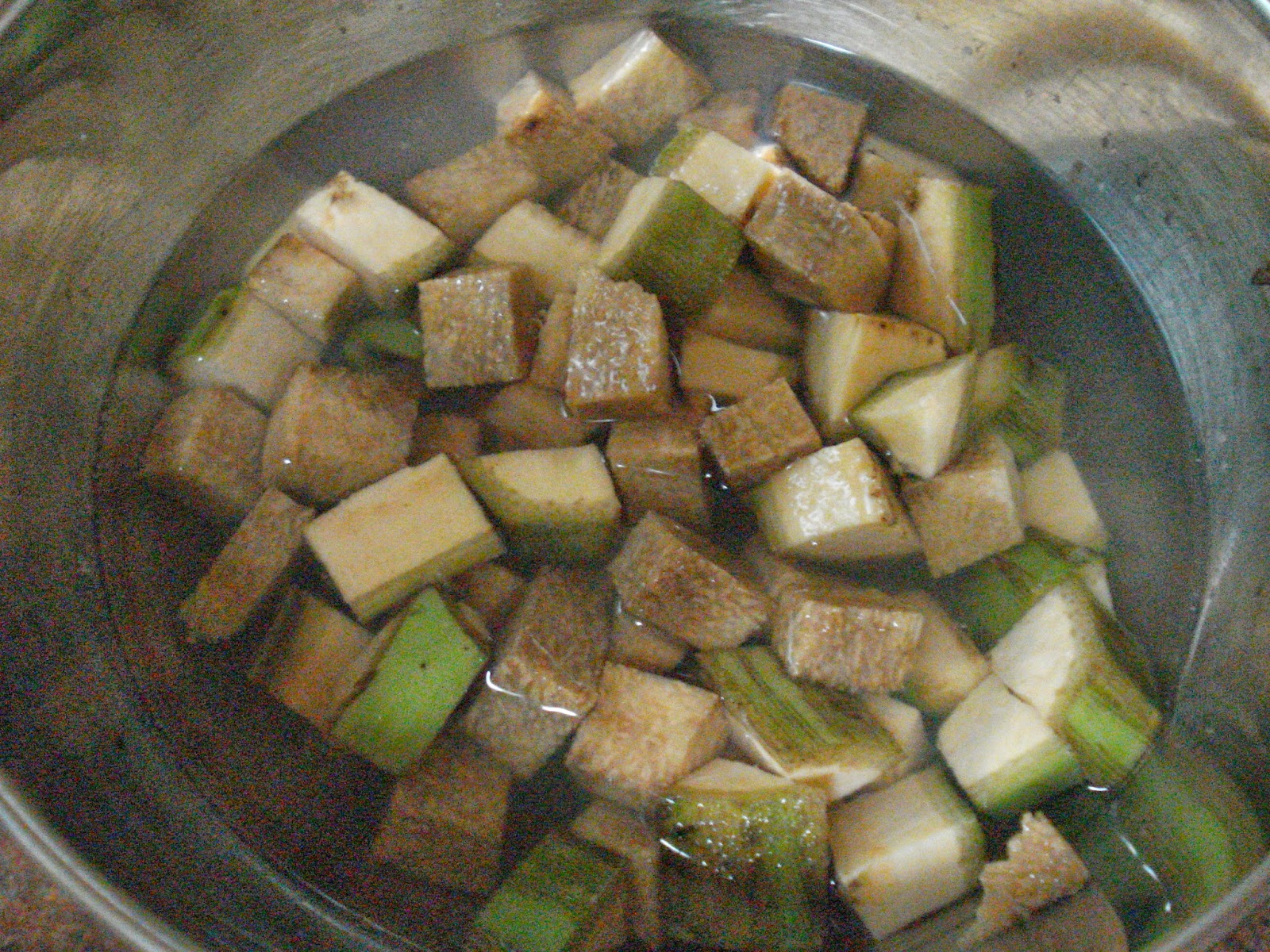 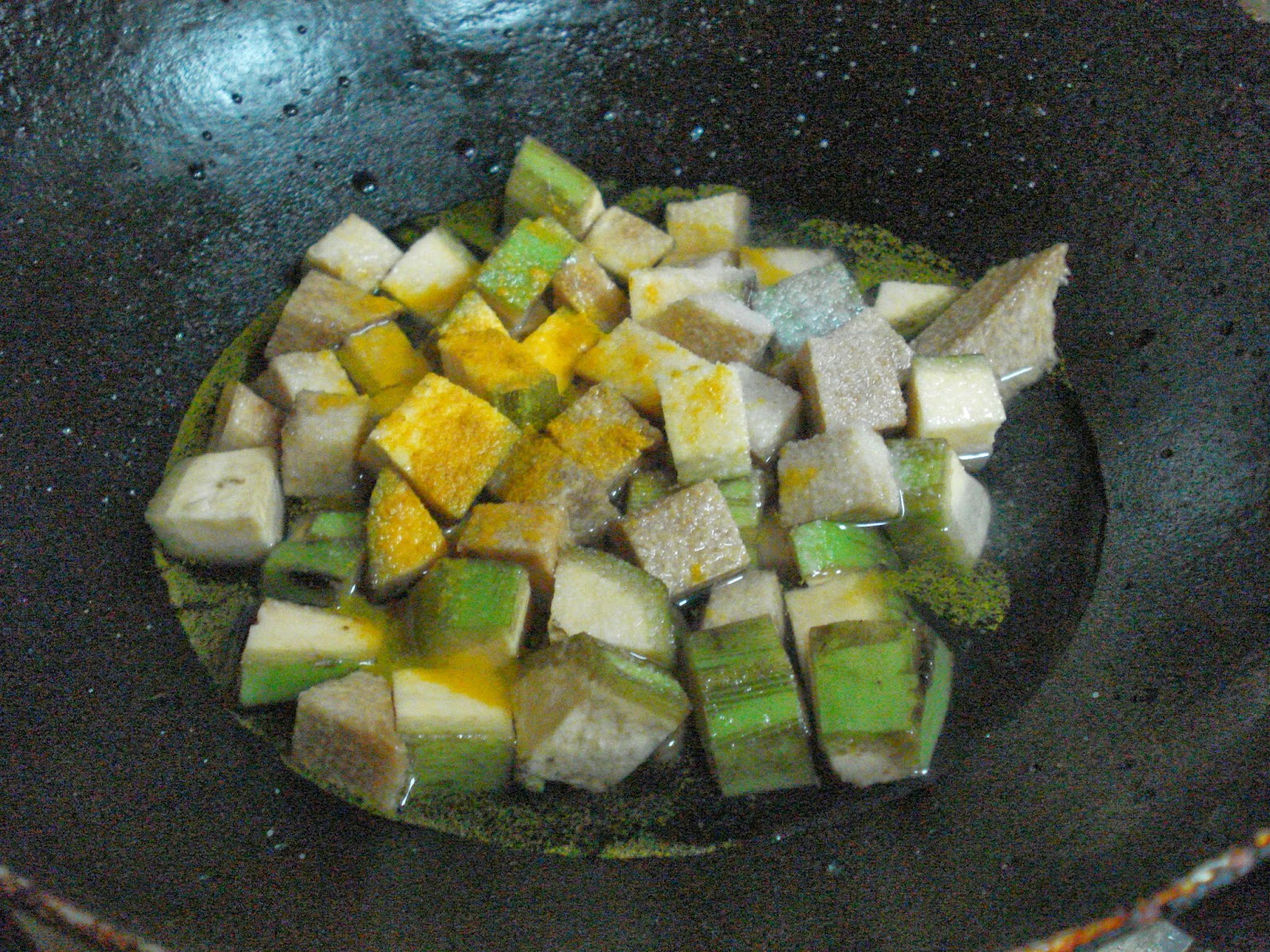 2. Grind the coconut, jeera and green chili to smooth paste with little water. 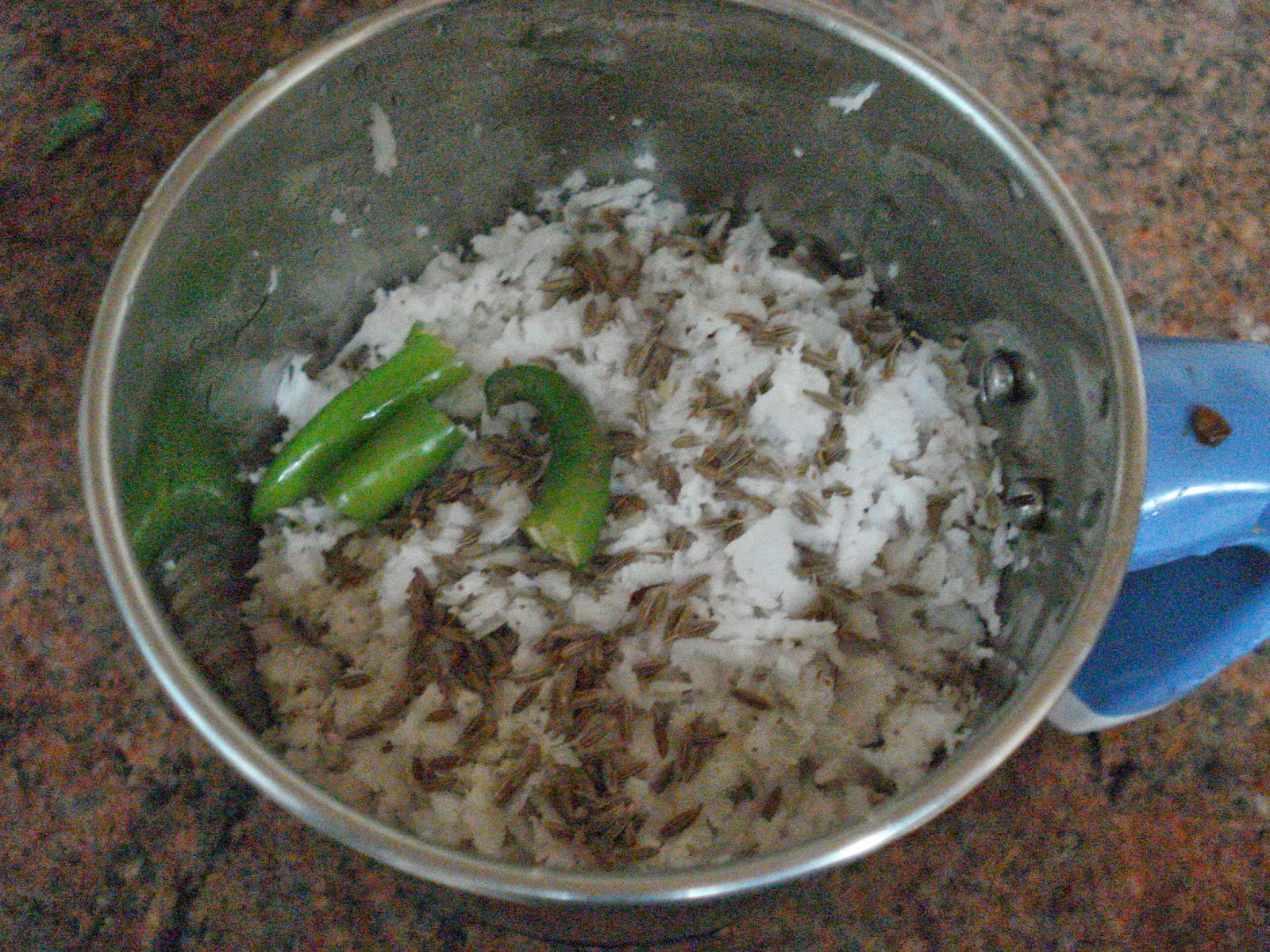 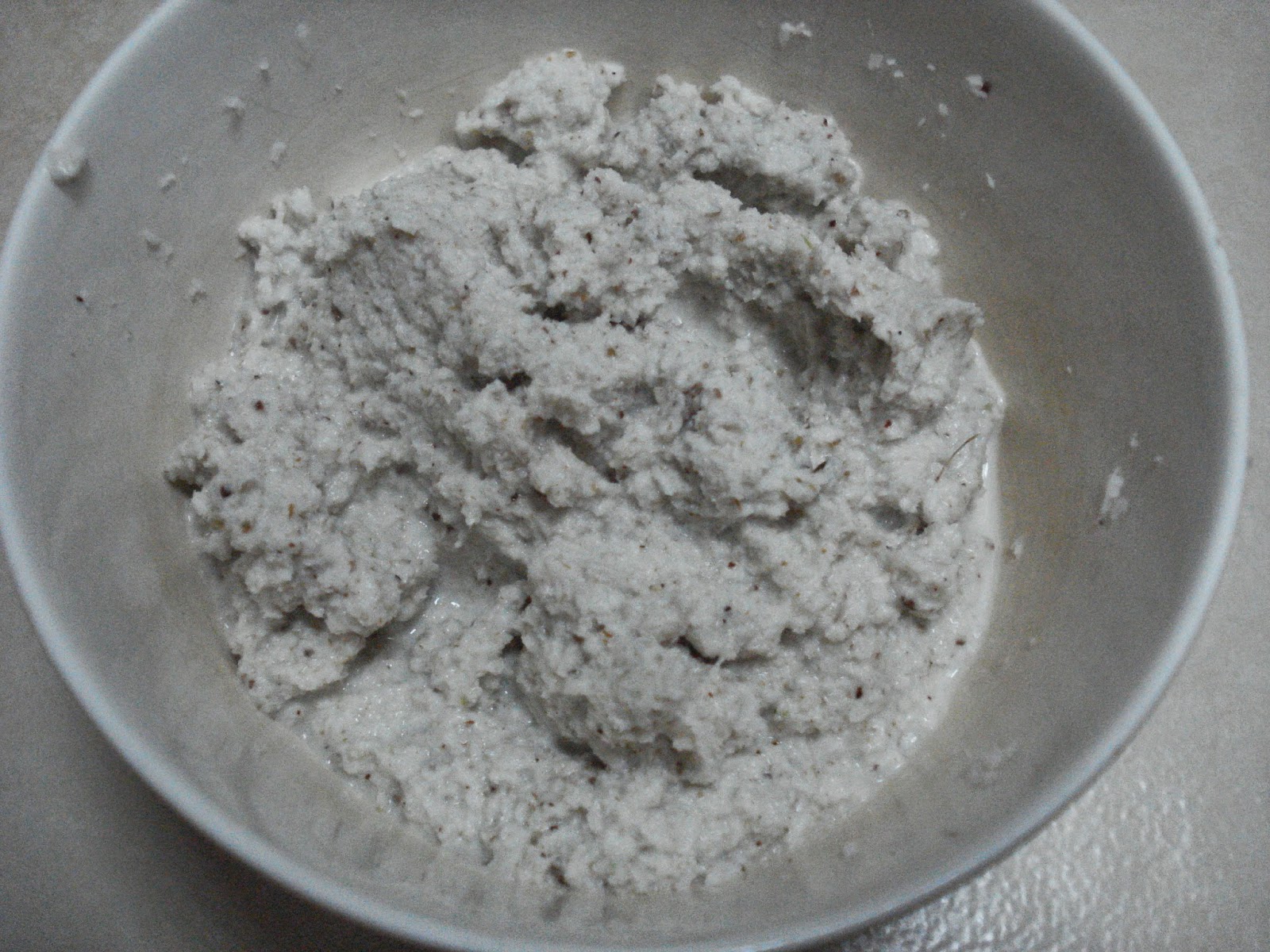 3. Add the grounded paste to the semi cooked veggies along with pepper and gently stir to coat well. 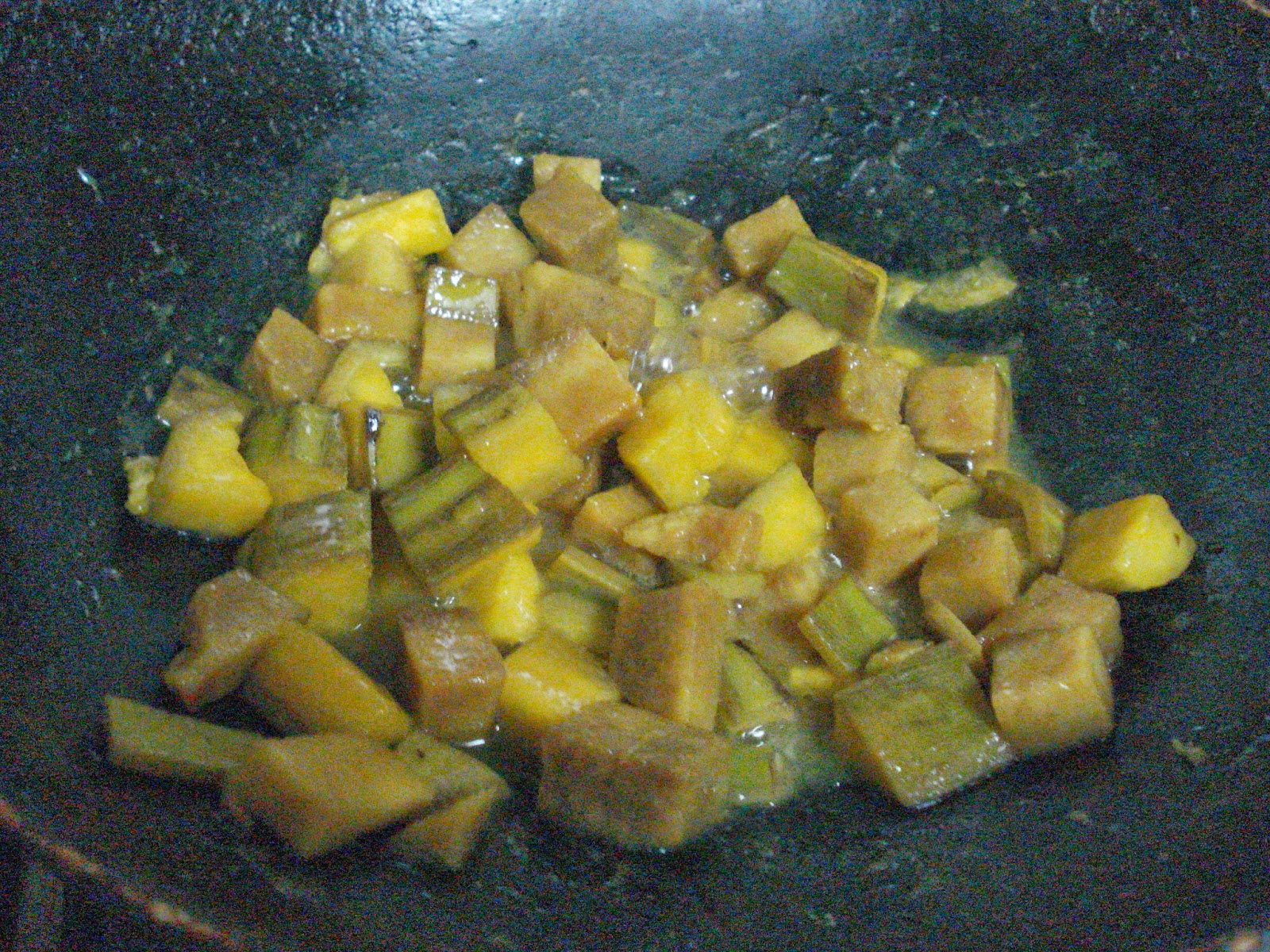 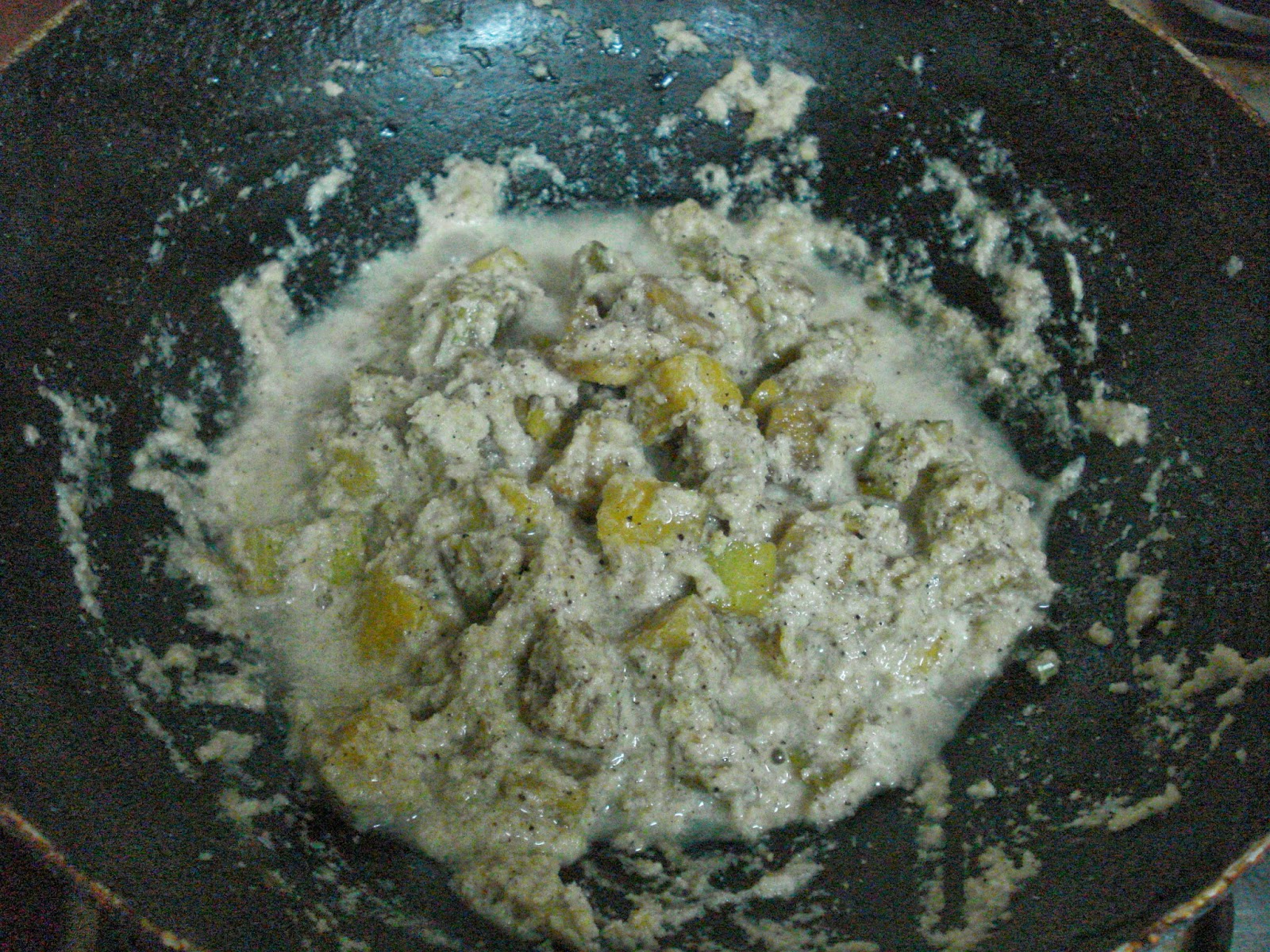 4. Cover and cook for few more min until it's completely cooked and then switch off. 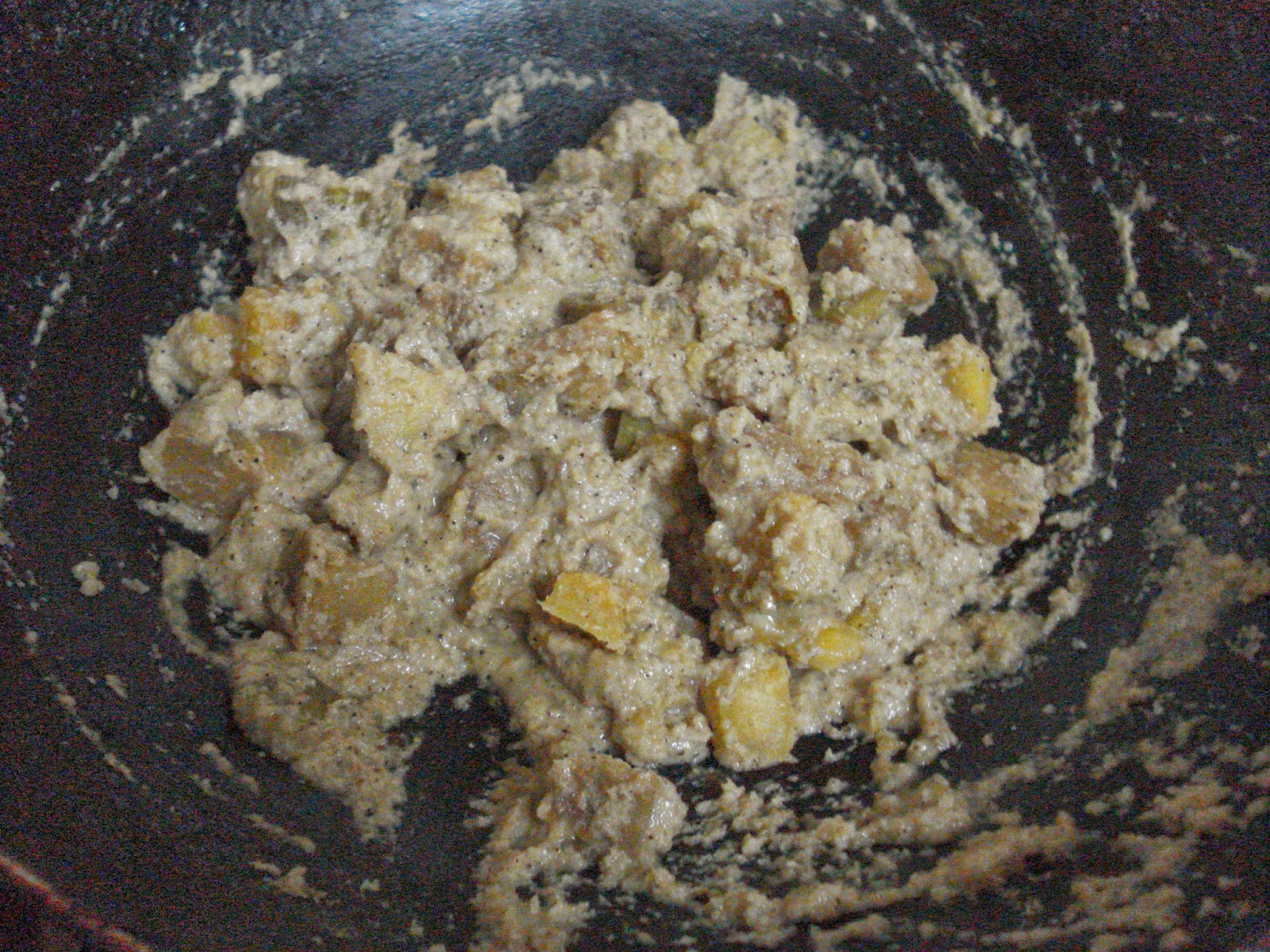 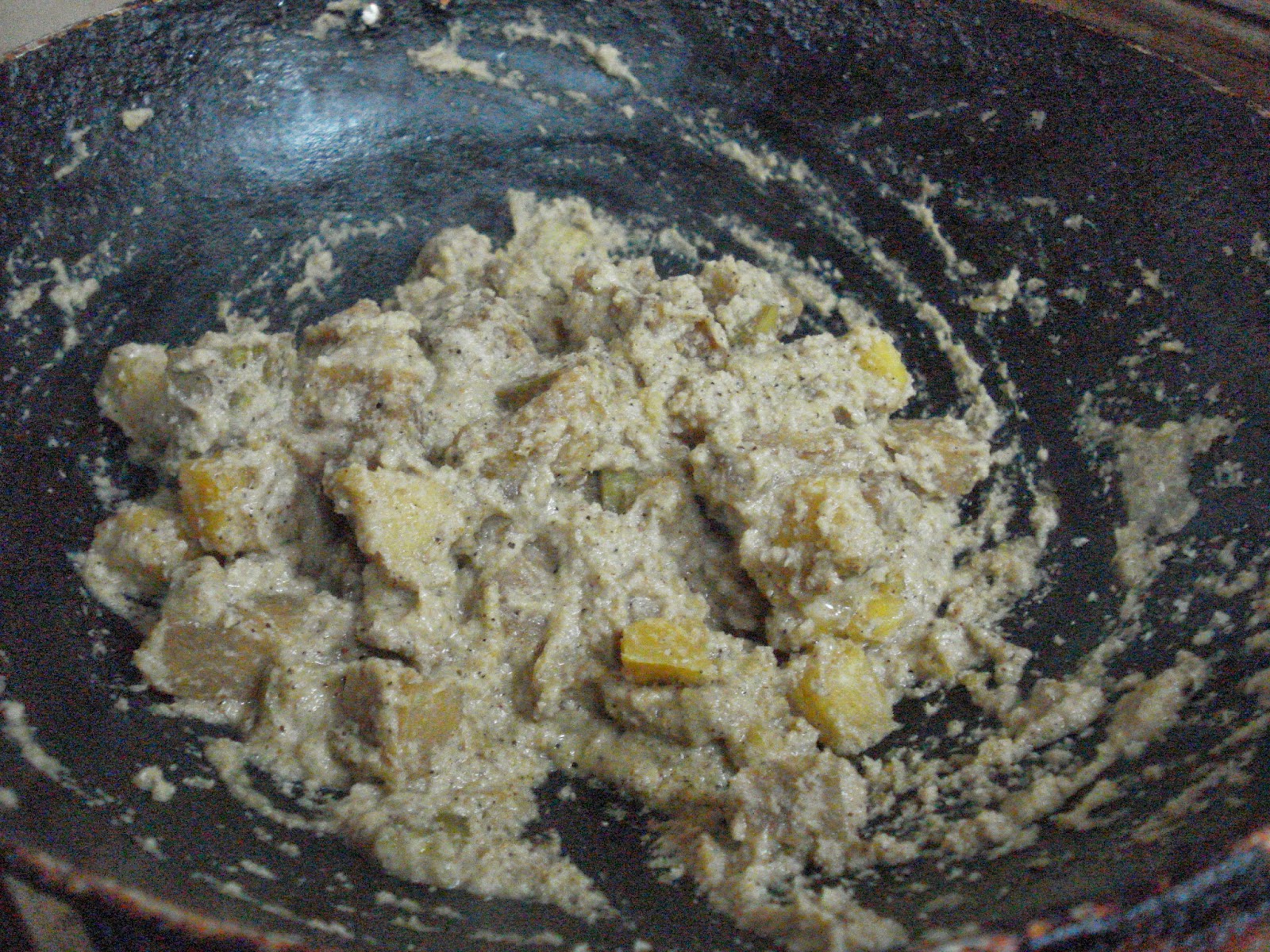 5. Heat another pan with one tbsp oil/ ghee and roast the coconut until golden brown. 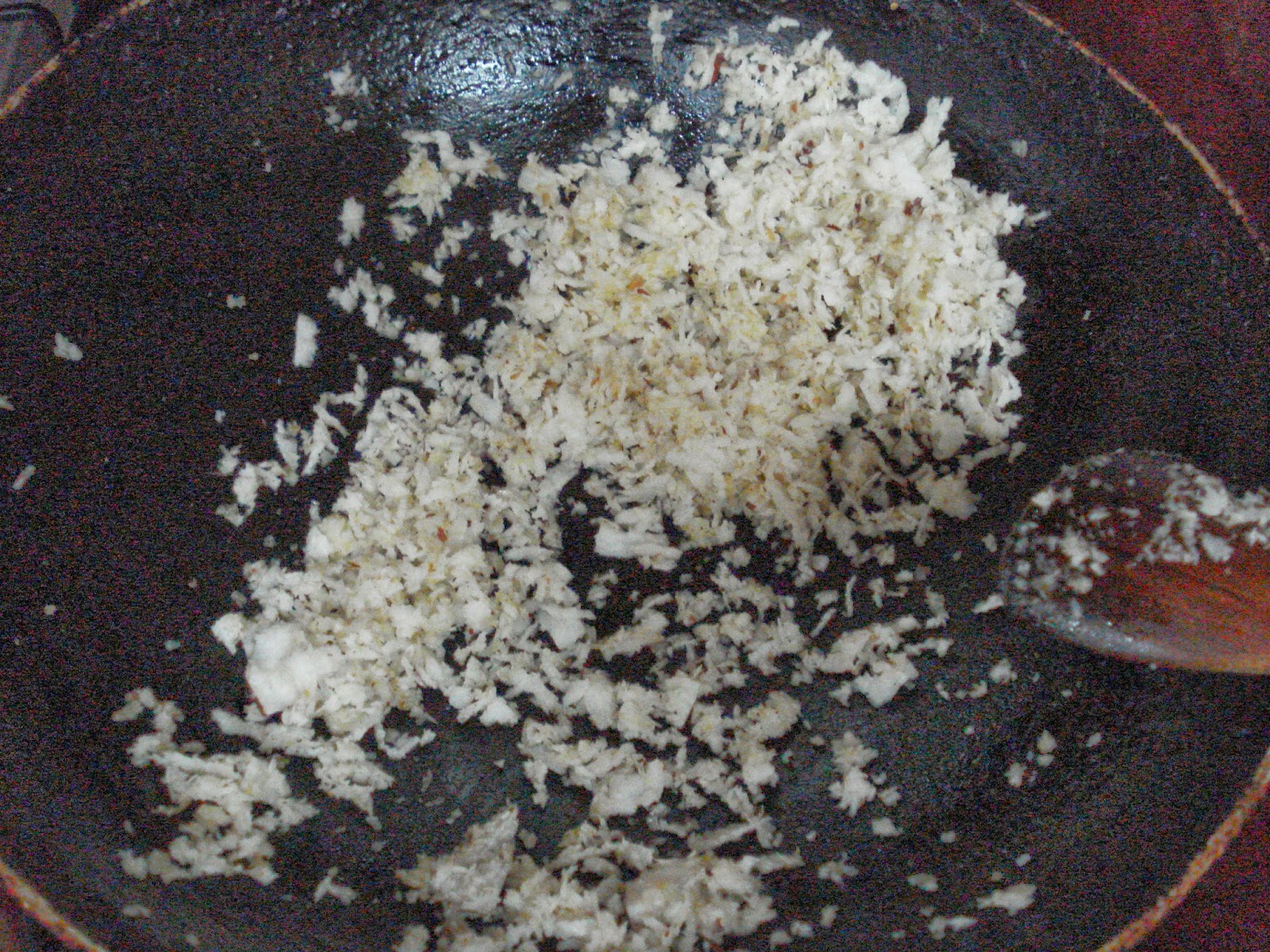 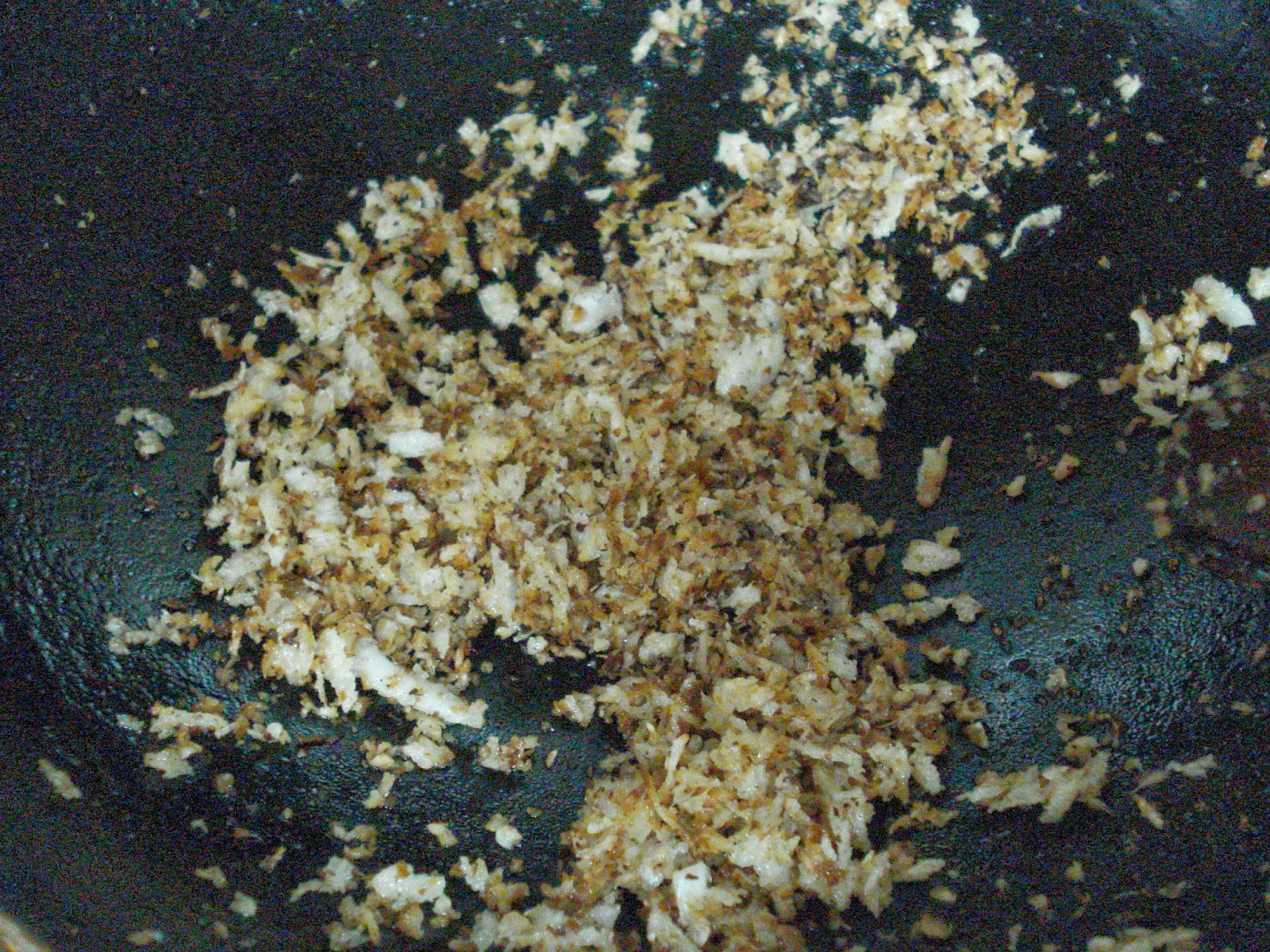 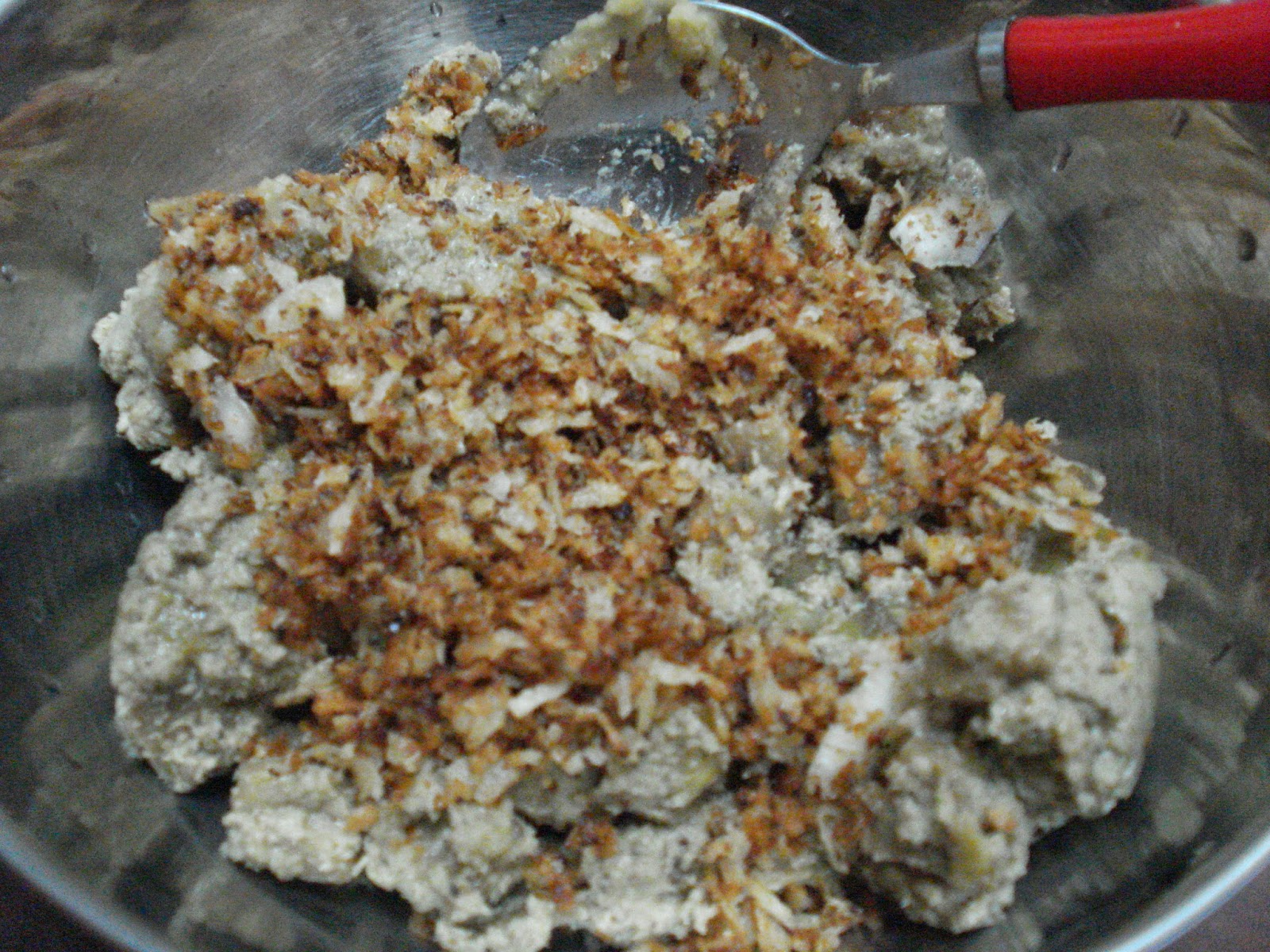 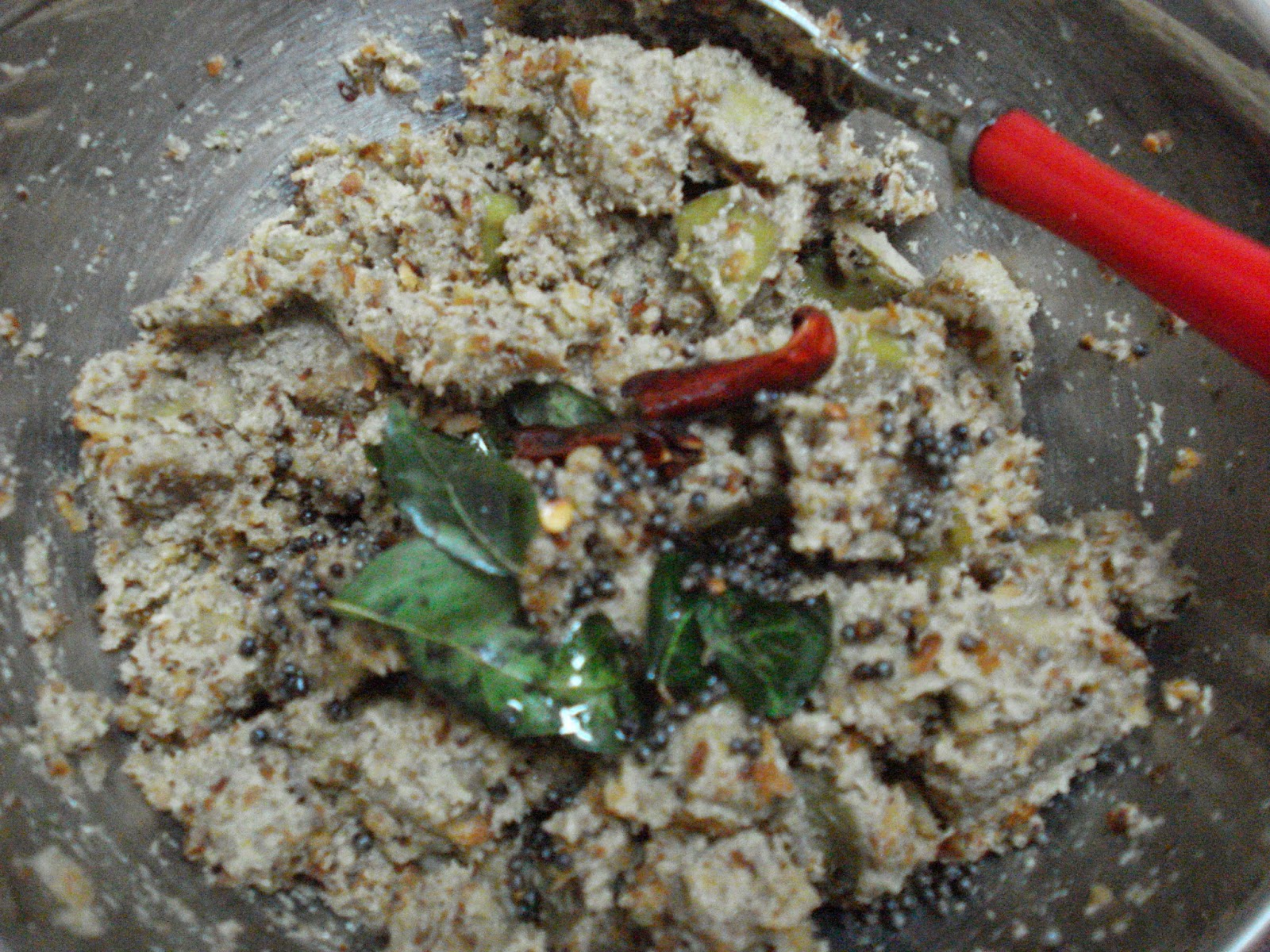 Garnish with roasted coconut and serve with hot rice. 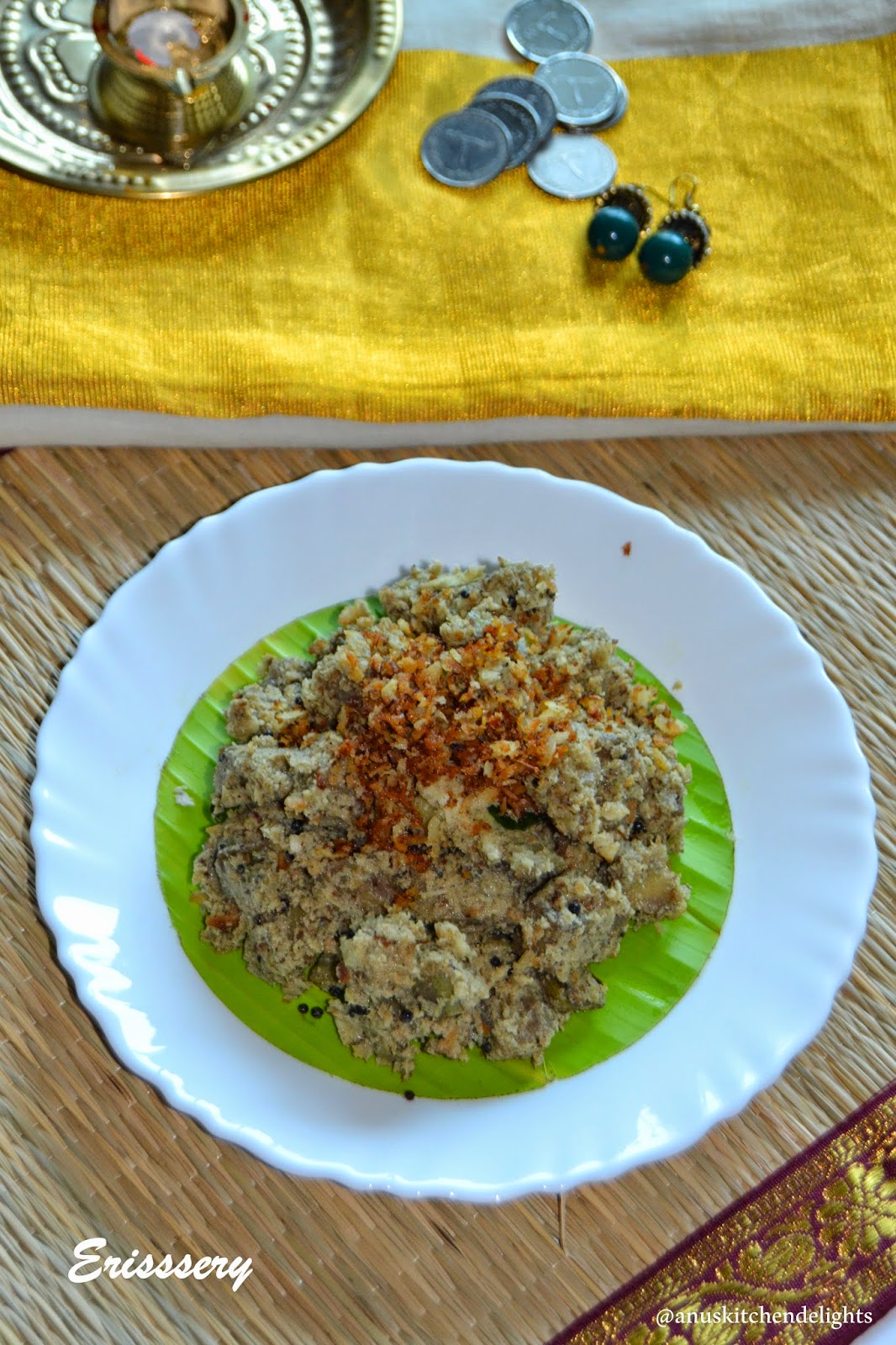 Sending this to WTML of Gayathiri hosted by Parchi 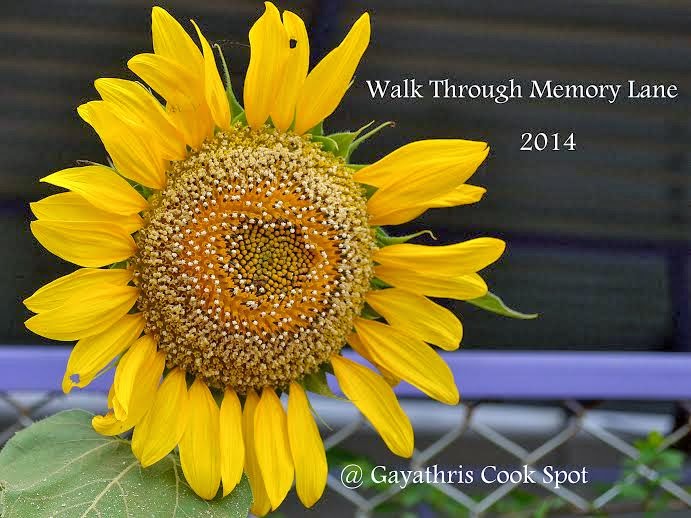