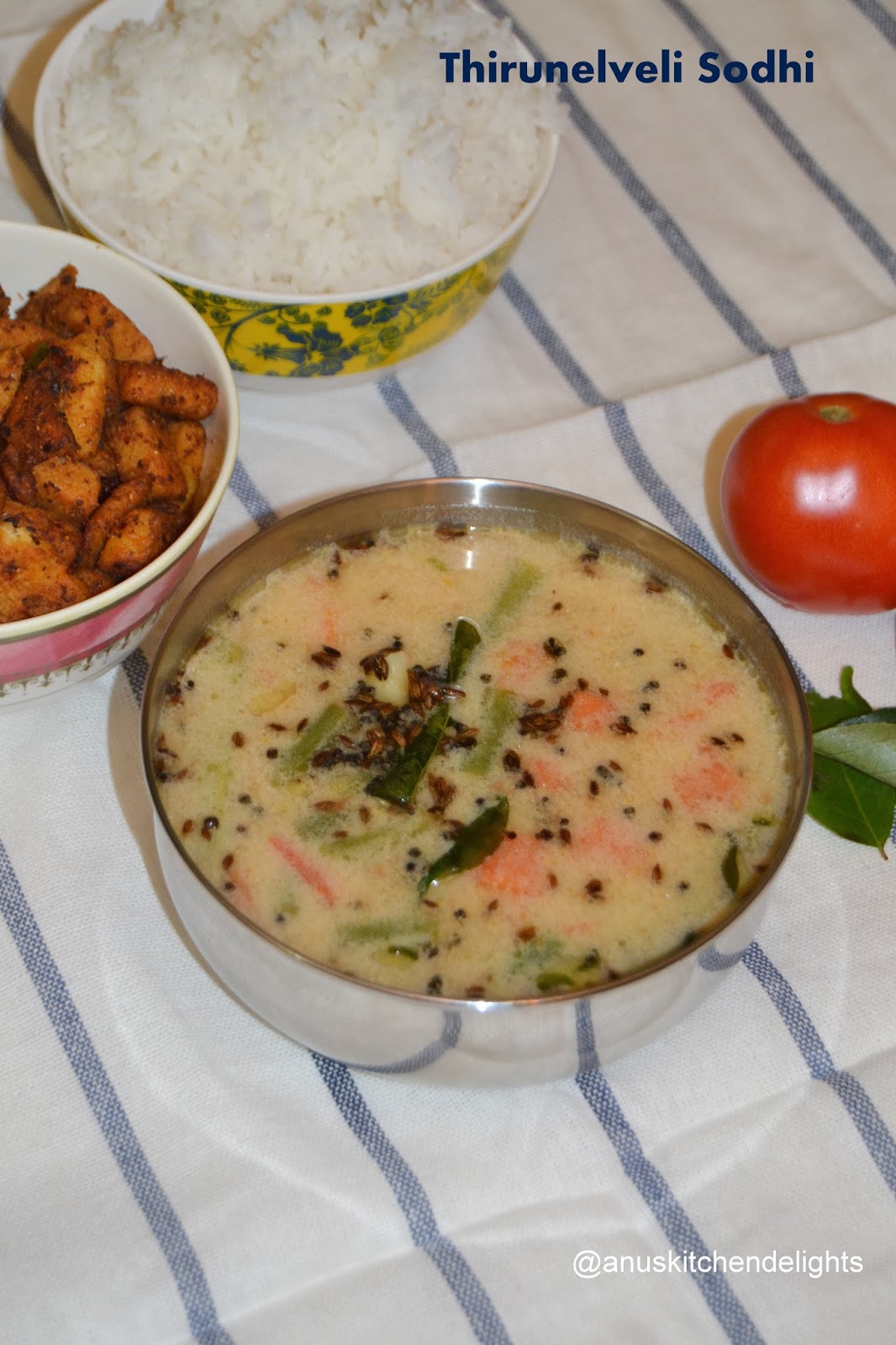 This is a popular dish in the Thirunelveli district which is also called as mappilai sodhi.  I tried this recipe for its name and came to know much more from my friend. I found this recipe somewhat similar to oalan recipe of Kerala. The flavor of jeera and moong dal which helps in thickening the gravy  makes the difference. Vegetables cooked in coconut milk makes this gravy delicious. 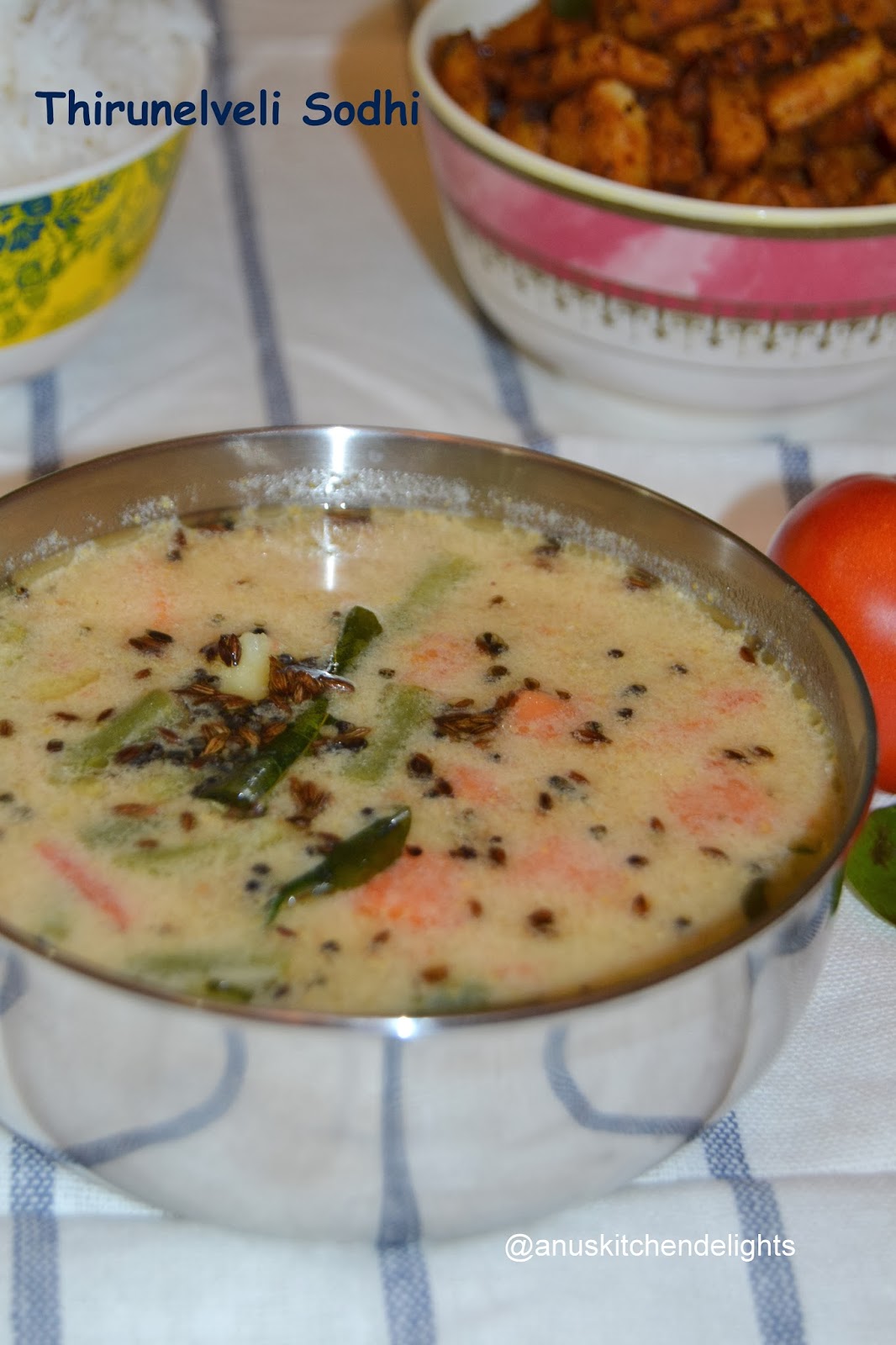 Normal veggies used in this gravy are drumstick, carrots,beans and potato.  Now this has become a regular dish in our weekend menu.  This has become one my hubby's favorite. It goes well with some spicy potato varuval etc., I like the flavor of jeera  that stands unique.

2. In a bowl cover and  cook all the veggies in the second coconut milk until tender, about 5-7 mins.
Meanwhile grind the ingredients under 'to grind' and keep aside.

3. Add in the chopped tomatoes and cook for few mins.

4. Then add the moong dal ,chilly paste and required salt and cook for a couple of mins.

5. Finally add the first coconut milk and quickly give a stir and switch off the stove.

6. Temper the ingredients under 'to temper' pour into the curry.
Serve hot with steamed rice. 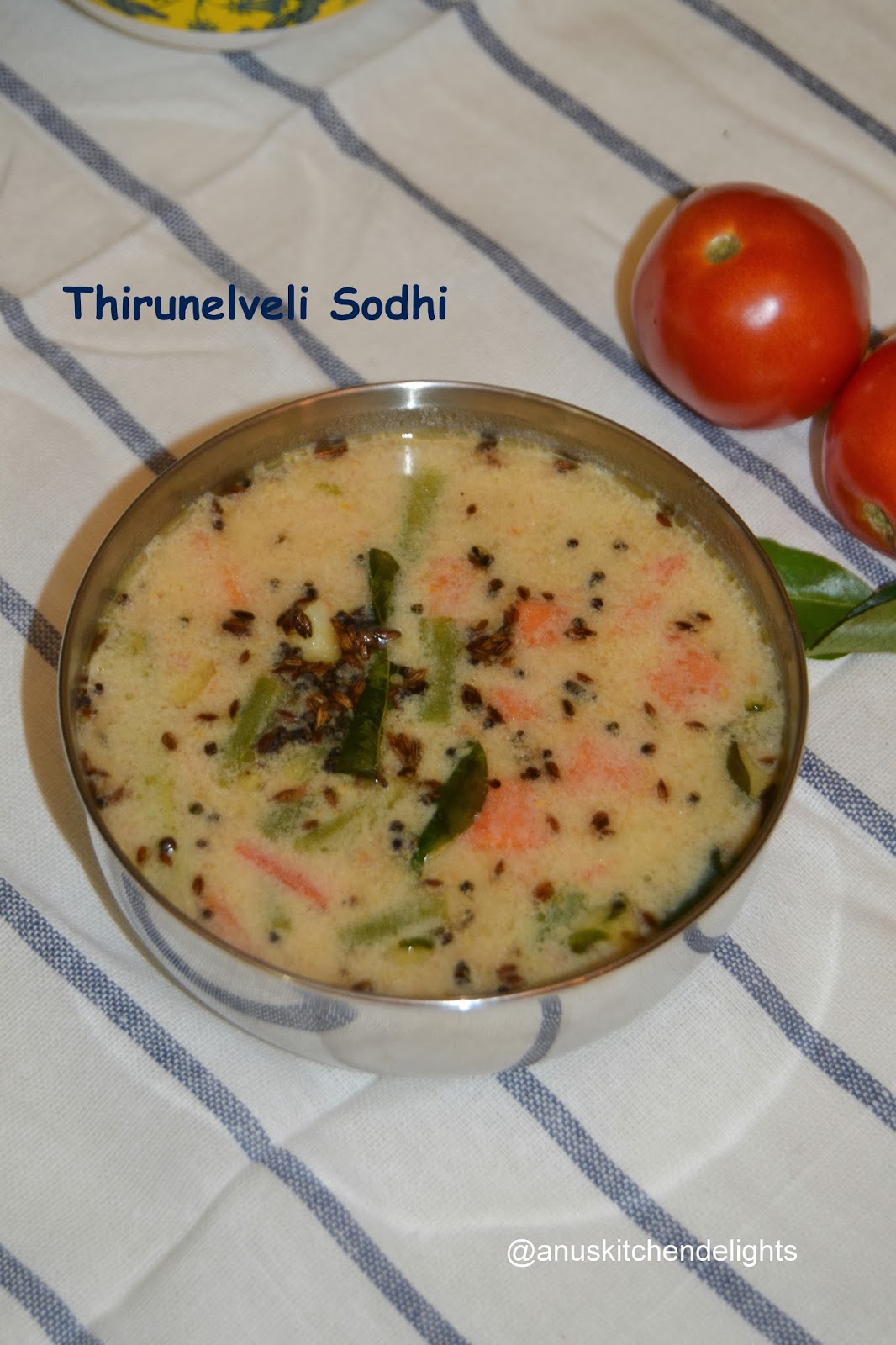 Email ThisBlogThis!Share to TwitterShare to FacebookShare to Pinterest
Labels: Sidedishes for Lunch/Tiffen